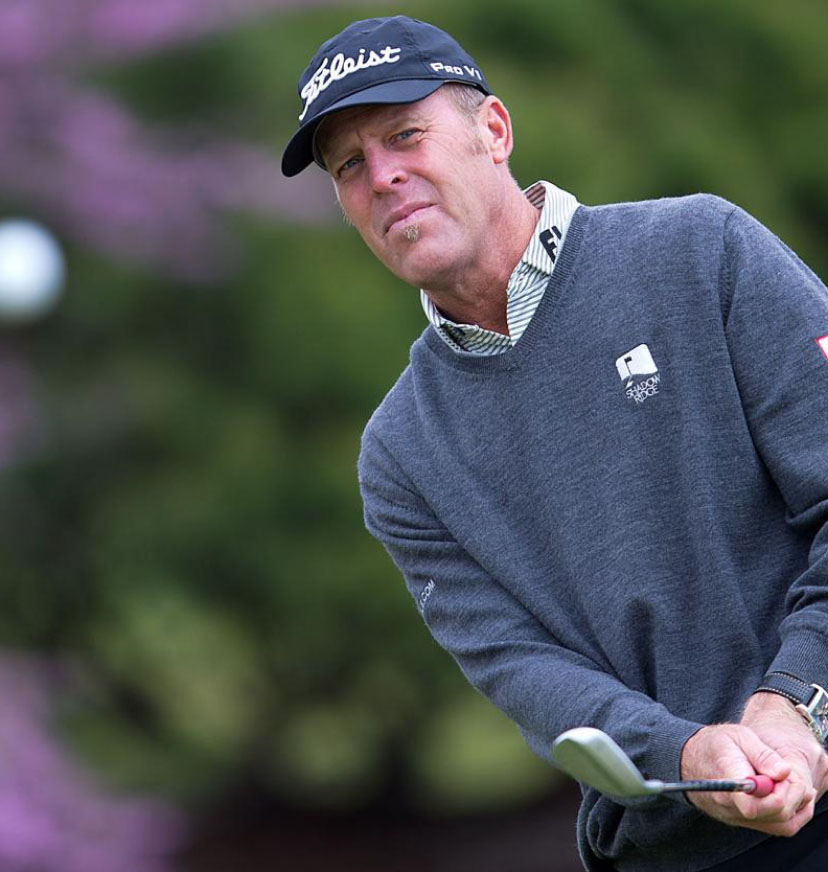 When the opportunity to become an instructor at the Omaha Shadow Ridge Country Club presented itself in 1994, James didn’t hesitate. While still caddying for his brother at various professional competitions, he carted a bulky video camera around with him to record top players’ swings and tactics whenever possible.

But not just any players. While James was caddying for Tom, he had the unique opportunity to not only follow Seve Ballesteros, but to study and dissect his game intimately. Tom and Seve were friends, which gave James an insider’s vantage into Seve’s game.

In studying the film, he found that basically everything he had learned in college was wrong. The pros were playing an entirely different game from the one he knew––their short game was on a whole other level. To prepare for his new position at Shadow Ridge, he made it his mission to master their techniques so he could pass them on to his clients. And that he did.

From there, he developed his impeccable short game system that would change the careers of hundreds of PGA tour pros and untold numbers of amateur golfers from all over the world. Through his brother’s network of tour-level golfers, he got his foot in the door and started teaching what he’d learned from Dave Pelz and Seve Ballesteros, and the rest is history.

Throughout his thirty year career, he’s coached over 150 tour pros, including Tom Pernice, Charlie Wi, Brad Faxon, Matt Harmon, and Kenny Perry. And that’s just to name a few. In fact, his short game-improving prowess is so world-renowned, it’s not uncommon for players to fly in for a few hours of practice with him and then catch a flight out that same day.

Today, James’s commitment to helping players pursue their short game passions still shines through his work running the Shadow Ridge Golf Academy and training PGA Tour pros to tweak their short games — and turn up their skills to the next level.